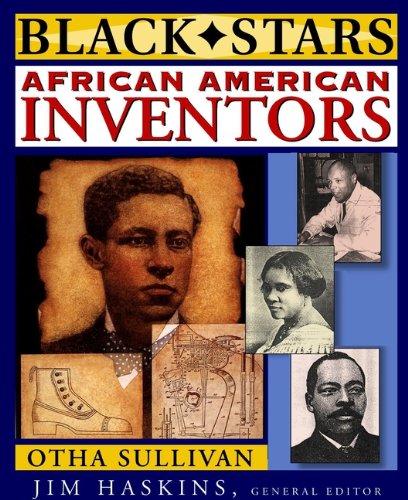 For more than three centuries African American inventors have been coming up with ingenious ideas. In fact it is impossible to really know American history without also learning about the contributions of black discoverers. This collection brings their stories to life.

In every era black inventors have made people’s lives safer more comfortable more convenient and more profitable. This inspiring comprehensive collection shines history’s spotlight on these courageous inventors and discoverers. One by one they persevered despite prejudice and obstacles to education and training. These stories show you how: Benjamin Montgomery born a slave invented a propeller that improved steamboat navigation. Jan Earnst Matzeliger the son of a Dutch engineer invented a machine that revolutionized the shoe manufacturing industry. Madame C. J. Walker born two years after the Civil War emancipated her parents invented a product that helped make her a millionaire. Dr. George E. Carruthers an astrophysicist invented the lunar surface ultraviolet camera/spectrograph for Apollo 16. Dr. Jane Cooke Wright a third-generation physician and pioneer in the field of cancer research discovered a method for testing which drugs to use to fight specific cancers. Dr. Wright became the first woman elected president of the New York Cancer Society and the first African American woman to serve as dean of a medical college.

This outstanding collection brings to light these and dozens of other exciting and surprising tales of inventors and discoverers who lived their dreams.
Ages 10-14
176 pages