A Band of Angels is fiction but it is based on real events and people. The character of Ella was inspired by Ella Sheppard Moore who was born February 4 1851 in Nashville Tennessee. Her father was able to free himself and young Ella from slavery but before he could buy freedom for Ella’s mother she was sold away. Ella was raised in Cincinnati where she took music lessons. At fifteen she was left penniless when her father died. She arrived at Fisk School in 1868 with only six dollars.

Fisk was opened in 1866 as a school for former slaves and began offering college classes in 1871. That year in a desperate attempt to save Fisk from closing a music teacher named George White set out with a group of students on a singing tour to raise money. Although at first they only sang popular music of the day they soon became famous for introducing spirituals to the world.

Ella Sheppard was the pianist for the Jubilee Singers on their historic concert tours which raised enough money to save the school and build Jubilee Hall the first permanent structure in the South for the education of black students. Ella later married George Moore had three children and located her mother and a sister. She died in 1914. Today her great-granddaughter is a librarian at Fisk University who shares the history of the Jubilee Singers with visitors.

Although none graduated from Fisk the original Jubilee Singers were recognized with honorary degrees in 1978. Today Jubilee Singers at Fisk University continue to keep alive a rich musical tradition that includes such songs as “Swing Low Sweet Chariot ” “Many Thousand Gone ” and “Go Down Moses.” (publisher)

Be the first to review “A Band of Angels: A Story Inspired by the Jubilee Singers” Cancel reply 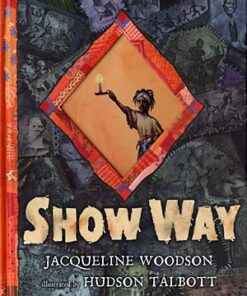