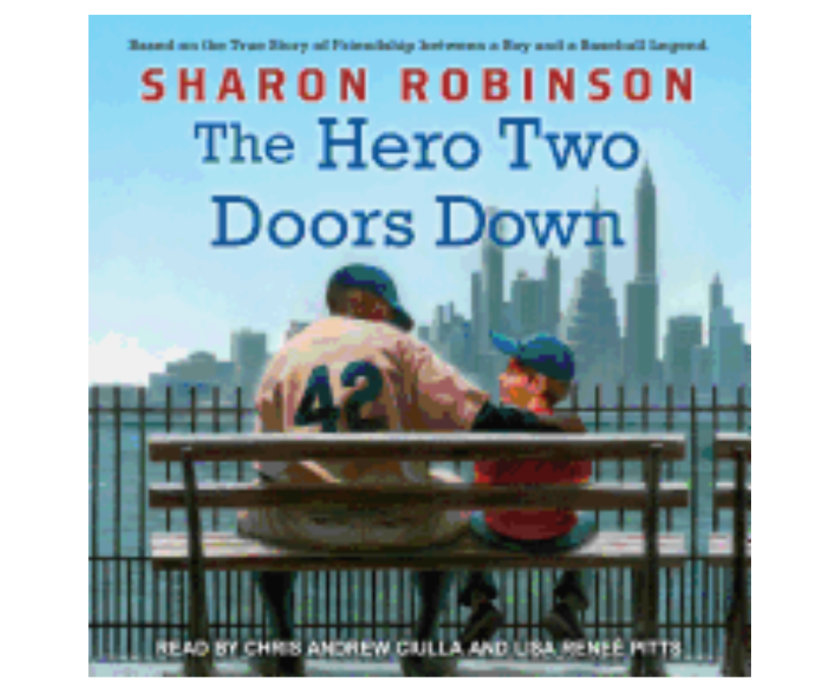 The Hero Two Doors Down: Based on the True Story of Friendship Between a Boy and a Baseball Legend – paperback

The story drives home the impact of Robinson’s pioneering, not just for the game but for the country following it. — The Birmingham NewsThis charming tale offers up good fodder for discussion about prejudice, discrimination, friendship, and family. — Booklist

A home run for baseball fans and anyone who loves an inspirational friendship story. — School Library Journal

Based on the true story of a boy in Brooklyn who became neighbors and friends with his hero, Jackie Robinson.

Stephen Satlow is an eight-year-old boy living in Brooklyn, New York, which means he only cares about one thing-the Dodgers. Steve and his father spend hours reading the sports pages and listening to games on the radio. Aside from an occasional run-in with his teacher, life is pretty simple for Steve.But then Steve hears a rumor that an African American family is moving to his all-Jewish neighborhood. It’s 1948 and some of his neighbors are against it. Steve knows this is wrong. His hero, Jackie Robinson, broke the color barrier in baseball the year before.

Then it happens — Steve’s new neighbor is none other than Jackie Robinson! Steve is beyond excited about living two doors down from the Robinson family. He can’t wait to meet Jackie. This is going to be the best baseball season yet! How many kids ever get to become friends with their hero?’ -publisher

Be the first to review “The Hero Two Doors Down: Based on the True Story of Friendship Between a Boy and a Baseball Legend – paperback” Cancel reply