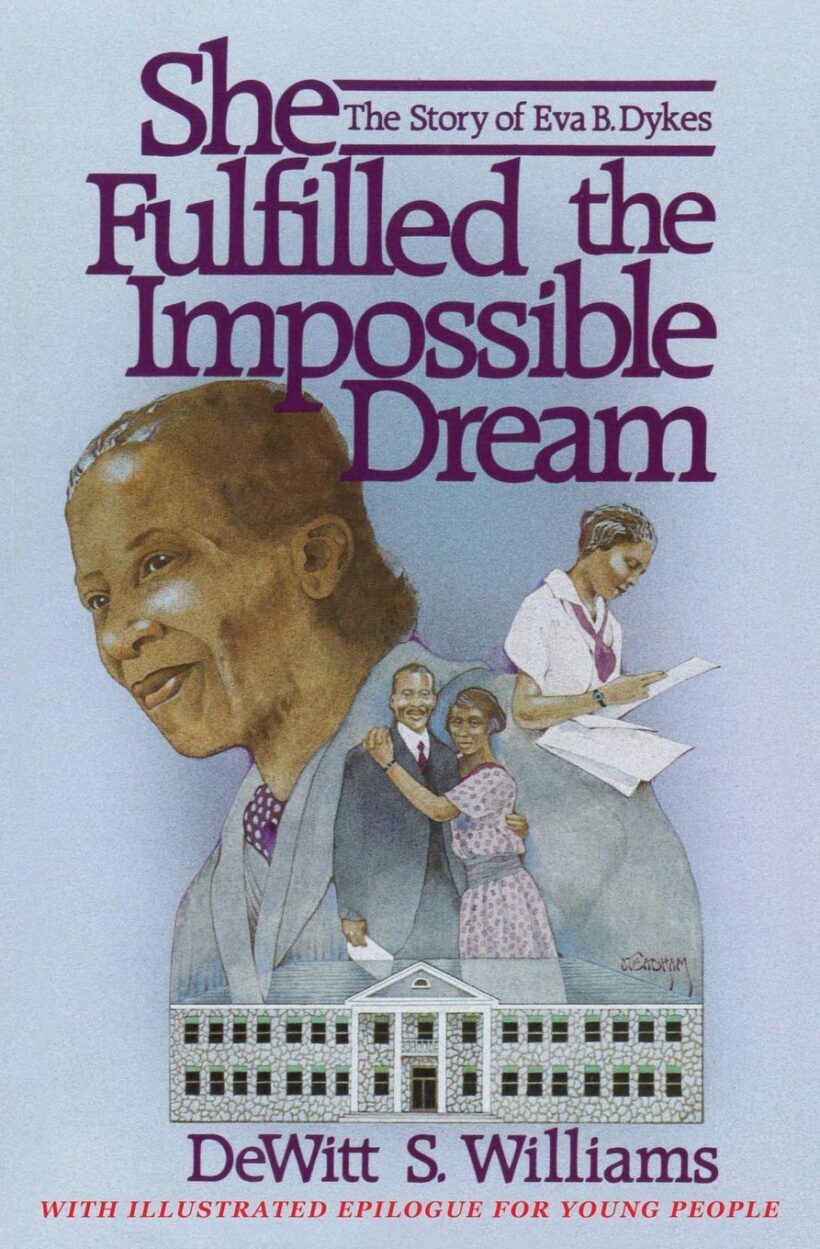 She Fulfilled the Impossible Dream – Dr. Eva B. Dykes

“Eva Beatrice Dykes!” Hearing her name, she lifted her head and walked briskly to the center of the stage. Polite applause could not hide the spontaneous murmur that spread throughout the all-white audience. “Isn’t that a colored girl?” Those in the back rows stretched their necks to see, while those in the front stared in unbelief. But all whispered the same question. “Isn’t that a colored girl?” Undaunted, she took the diploma and pumped the outstretched hand.

She was the first black American woman to have completed the requirements for the Ph.D. degree. Soon she would begin a career of service to the black community and end up at Oakwood College, in Huntsville, Alabama. One of the most beloved black Adventist teachers and musicians, she contributed an inspiring life of selfless devotion and service and triumph over prejudice.

DeWitt S. Williams was a former student under Dr. Dykes and wrote this book out of admiration for her Christian character and service. Dr. Williams served as the associate director of health for the Health/Temperance Department at the General Conference from 1983 until 1990, and then as director of health for the North American Division from 1990 until he retired in 2010 after forty-six years of service to the Adventist Church. He has lectured in more than 100 countries and served as a missionary to Africa.

This, the third printing, has an added illustrated epilogue for young people written by Laurie Lyon which first appeared in Guide magazine in August, 2009. This easy-to-read section can act as a review for those who have read the story before or be a wonderful introduction to the inspiring story of Dr. Eva B. Dykes.” – publisher

Be the first to review “She Fulfilled the Impossible Dream – Dr. Eva B. Dykes” Cancel reply